The year was 1987. I was on a flight to New York’s JFK from Chicago. I don’t remember why I was in Chicago, but I suspect it was for work. It was probably for a focus group for those potty training baby diapers, Pull-Ups. I believe I had connected in Chicago to go to Neenah, Wisconsin, where I would attend focus groups at the client’s headquarters. Now I was headed back home to Manhattan and once more, connecting in O’Hare.

I had worked on this product for an entire year at Ogilvy & Mather, and during it, had the distinct pleasure of rewriting the jingle that went, “I’m a big kid look what I can do. I can wear big kid pants too… and I can take them up and down…” 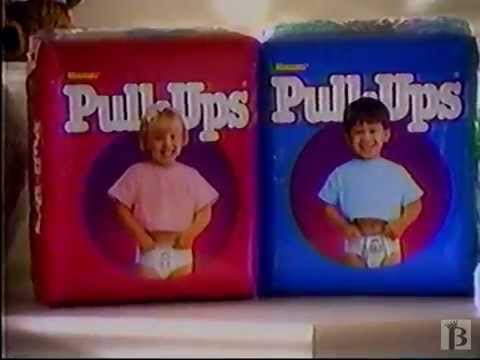 There was much concern from the client if, when we were saying “up and down,” we were encouraging children to take their training pants OFF… to become little exhibitionists, rip off their Pull-Ups and run around the freezer section of Piggly Wiggly nude.

We tested “up and ON” and “up and OFF” to assuage the unhappy mommies that had written in; the winner was the former: “up and ON.” Whew, what a relief. Now perhaps the nastygrams the client was receiving would cease.

Dizzying amounts of money was spent researching this nugget, this insight.

Nevertheless, I was sitting in coach (of course) when I learned somehow from some flight attendant murmurings that we had a celebrity on board in First Class: Mr. John Malkovich. 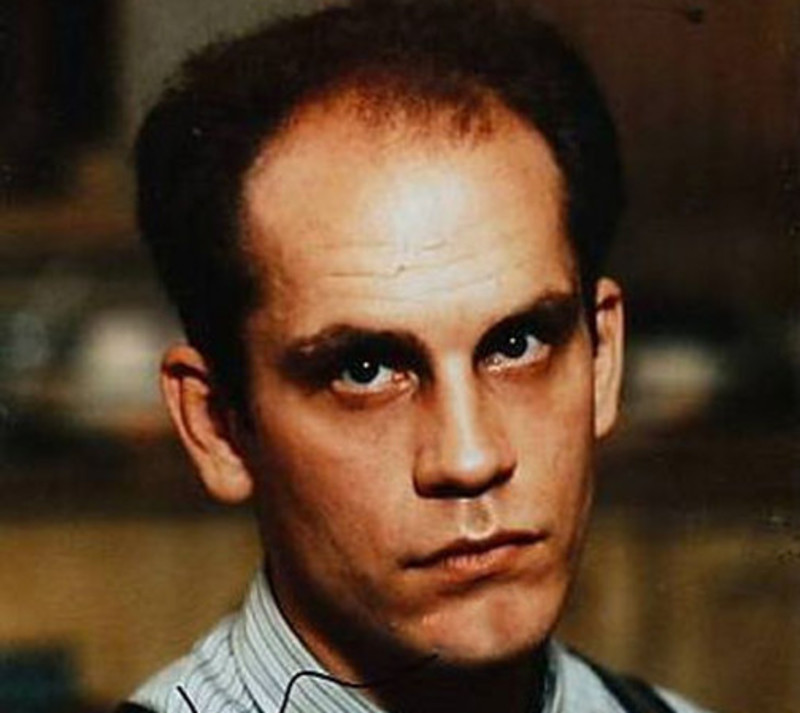 Immediately, I was titillated. I loved John Malkovich.

I fantasized that he was returning from a play rehearsal at the famed Steppenwolf Theater. Was he Hamlet? Romeo? Just who WAS he? What was he doing there?

To calm my racing thoughts, I summoned the flight attendant and ordered a little mini bottle of chardonnay. How fitting, I thought, in light of the film, Being John Malkovich, during which there was one (or many, can’t remember) low ceilings and therefore, everything was small, miniature. 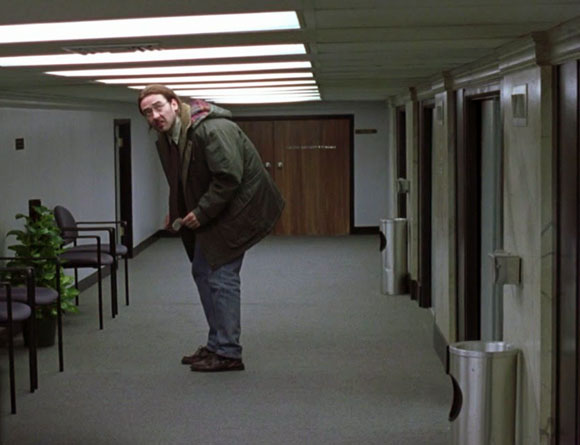 Perhaps that would be my entre when I met him. I’d offer some remark about the irony of this. Better yet, I would send him a note in first class that summarized my observation attached to my diminutive bottle of chardonnay.

Nah. Strike that. Too corny.

I sipped my mini chardy all the way back to JFK. I could not come up with anything that I felt comfortable saying to him. Plus, I was kind of scared. I didn’t want to ask for his autograph. Too normal.

I’d seen him in Burn This on Broadway. As we know, he’s bald, or near bald with a little top fuzz.

But in the show he wore a wig, kind of a page boy that was brunette but didn’t have bangs. He whooshed his locks around with great abandon like a wild stallion galloping around the stage. Plus, he had a sexy ciggie in hand. 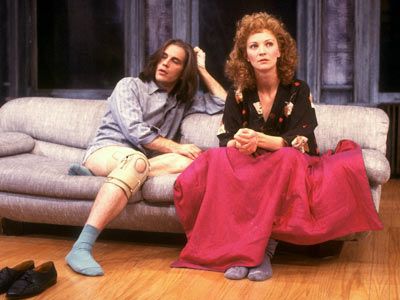 I was spellbound by his performance. He was seductive. Handsome. And oh-so-witty, thanks to the brilliant playwright, Lanford Wilson.

After we landed and we were de-planing, I figured I would just see him at the baggage claim and admire him from afar.

As I stood at the carousel, there was no sight of him. Perhaps the John Malkovich Squad had grabbed him, put a brown paper bag over his head to quell/avert the excitement and tucked him into a limo.

I was kind of sad that I didn’t have a celebrity sighting. But figured, hey, no biggie. Life goes on.

I saw my standard over-packed giant suitcase on the carousel creeping towards me. It was a massive black heap with strange bulges all over it. I could have been smuggling in a small Pull-Ups wearing child.

I was on the front row so I could grab it, heave it up and then head towards the cab stand.

So there it was, my big-lug-of-a-bag. I grabbed it, and gave a heave-ho. But in fear of not being able to lift it combined with a sudden adrenaline rush, it came flying off in warp speed, and as I whirled it around, there he was. 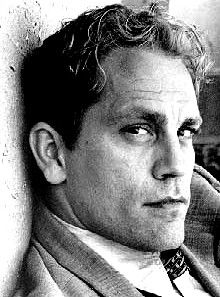 You see, I just didn’t whirl it around. My bag (the size of a cruise trunk) came whipping around violently, with a purpose and within an inch of clipping him at the knees.

I could imagine him being hit, breaking his knee caps, the EMT people rushing in, the sirens, the flashing lights. It wasn’t pretty.

He then looked at me and smiled.

“Can I help you with your bag?” he said to me. His hand reached out and neared mine on the handle – I had a death grip on it. Then..his hand graced the top of my hand. It softly tickled the top of my knuckles.

Faint. Swoon. Tingles. An explosion of fireworks sluiced through my body.

(I think I even peed my pants a wee bit. Where were MY Pull-Ups?)

“I am okay, just a crazy Texas girl who over packed.”

Then I went into a torrent, a verbal vomit – BIG diarrhea of the mouth.

“I saw you read at St. Bart’s the day that the Challenger went down. You read from Franny and Zooey, by Salinger. I use a quote from his book in the play I am writing, and I quote–from the book, not my play, I want to be clear–so here’s the quote, ‘I wish I had the courage to be a nobody.’ Franny says this to Zooey when she is struggling with being rejected from her auditions, she wants to be an actress, you know, have you read the book in it’s entirety? I just love it. She’s so existential, wild and SO ME. Oh, and then you read from Endless Love by Scott Spencer, and it was so wonderful, much MUCH better than the film, did you see the film, Endless Love?”

After this stream of my nervosa descended upon him, there was a pause, the kind that’s seconds but feels like eons.

Darn it if he didn’t smile again. His sleepy, sexy eyes kind of smiled, too.

“That is so nice of you to remember. That was quite a day with the Challenger going down.”

I could not look at his face, my untethered mind awash with bawdy images.

The entire time we spoke, I just kept moving and hauling my suitcase. He didn’t offer to carry it again, as I did my best to look un-needy, un-weak, you know, not so girly.

He then said, “Would you…,” at which point I was so nervous, I just interrupted him and said, “Okay, so nice meeting you… buh bye!!”

And off I limped towards the lonely cab stand to my lonely life in Manhattan.

In retrospect, I imagined that he was going to ask me to share a cab into the city, which would of course lead to an affair (wasn’t sure if he was married or in between liaisons or he, himself having an illicit affair with some other star.)

The thought was intoxicating.

But the affair would end with my getting ditched, crushed in his palm like a used coffee cup, and thrown in the trash with all the others who dared to canoodle with Mr. Malkovich.

What’s a girl to do?

A few weeks later, he opened in a new play on Broadway. I wrote him a letter (phone number included) reminding him of what happened, when and where, and…could I buy him a drink?

I took it to the stage door and handed it to some unknown stage worker.

For days, and weeks, I jumped every time my phone rang. Every time I got home and my message machine light was blinking, I knew it was him.

Remember, this was back in the olden days before anything cell phone, laptop, social media. No Facebook or Skype. No Instagram. Nada. My only source of contact was my home phone and answering machine. 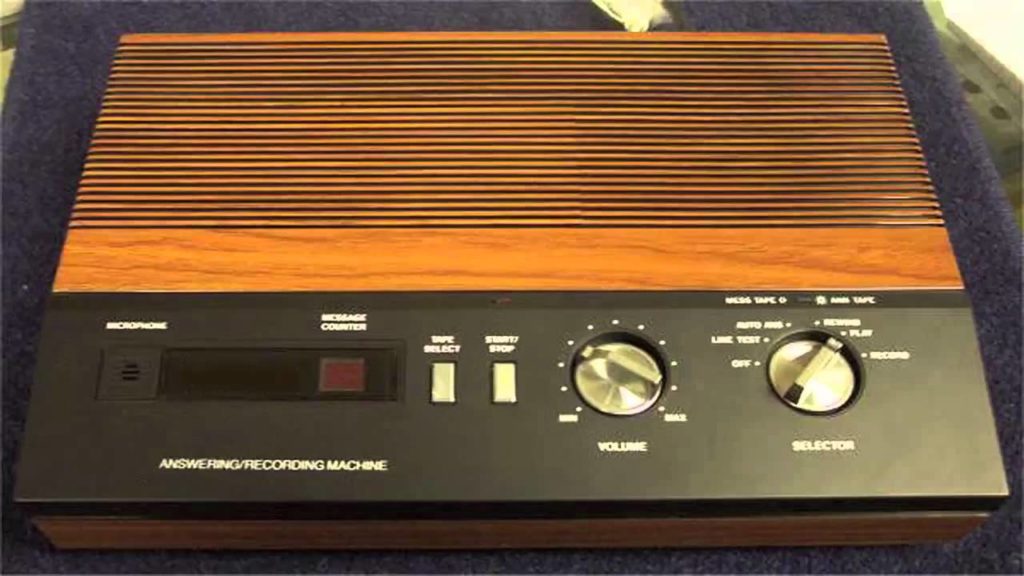 But of course he wouldn’t.

I had run away from him.

Or, this is what I like to think, humoring myself.

Now when I see him in films, I remember that day, his smile and his hand gracing mine.

For a moment, there was magic, the kind of stuff that some days makes me feel all warm and mushy inside,  and when I am sad or depressed, electrically alive.

Then I think of peeing in my Pull-Ups. And I am complete.