During high school, the church was my second home. I lived, breathed and ate church. I was in the youth group and I also sang in the youth choir called The Variations, a clever name derived from the wide variety of musical numbers we would perform each year, as well as a neat little pun out of the music lexicon.

The Variations toured every summer. We went to exotic places like Texarkana, Baton Rouge, and one fated summer, San Antonio. As a Variations member, I wore a cherry-red polyester leisure suit that had a matching polyester shirt, replete with ginormous lapels. The shirt was white and on it was a scattering of little red and blue shapes akin to Pac Men. Kind of early emoticons. 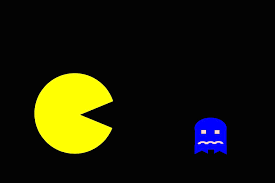 We sang at churches, old folks’ homes, burn centers, and orphanages. Our repertoire ranged from selections from Christian youth musicals like Celebrate Life, Tell it Like it Is and Lightshine, each with distinct, jazz-hand centric choreography, square dancing moves, kick lines and snappy contagions. One time we performed a three-part round that kicked off one of the musicals. It consisted of our running down the aisles in succession in three groups, our hands flailing about our heads as if the church was on fire, hollering at the top of our lungs: HE is alive, he IS alive, he is ALIVE.

The entire congregation was terrified.

So this one summer evening in San Antonio we had performed at a orphanage. The very same night Olivia Newton-John was in town for a concert. 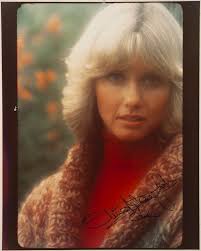 After our dinner, the group decided we would take a boat ride down the river, one that cut through the shopping and dining area called The Riverwalk.

Since the boats were not that big and couldn’t carry all of us, we broke up into groups. I got on the boat with my buddies, as well as the senior pastor, Dr. Ben Oliphint.

About midway through the boat ride, Dr. Oliphint let out one of his signature siren sounds. Yes, he would howl out from the depth of his lungs this noise that sounded EXACTLY like a fire engine coming down the road. He could have made a lot of money in Hollywood.

As he was letting out this deafening siren blast, he then yells out, “Olivia Newton-John…Olivia Newton-JOHN, everybody…RIGHT HERE!”, at which point he said, “Stand up Lisa and start waving.”

Now in addition to the enormous lapels on my shirt that flapped in the breeze, I also had a big, frosted blonde Farrah Fawcett hairdo with Texas-size wings that flapped in the wind right along with them. At that time, Olivia and I had very similar hair. 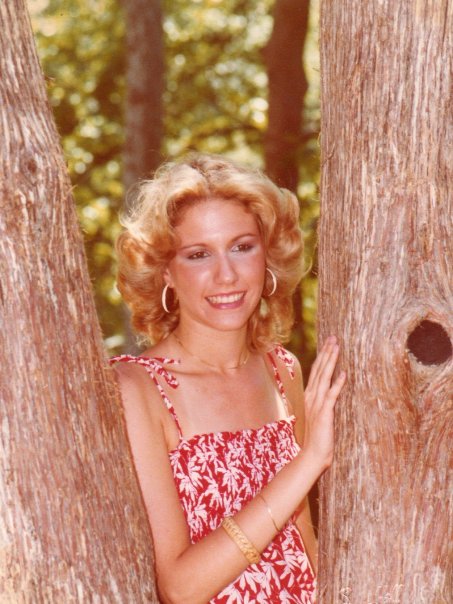 From a distance, I looked the part. I was her body double, doppelganger – this was my chance to put my youth choir performing chops to the test.

The lights flashed, one after the other. Click, click, click! It was paparazzi fest.  The farther we sailed, the bigger the crowds got. Large groups of my “fans” started running down along each side of the riverbank, snapping more photos and shouting “Olivia! Olivia!”

The more adulation I got, the more I waved.

We sailed on a bit more and I sat down. The ruse had run its course. Everyone on our boat had a good laugh.

As we docked, I was praying that no one would come up to me and give me a frowny face for not being Olivia.

But then, just after I had gotten off the boat and walked into a restaurant, a little girl comes up to me. With her big, brown puppy dog eyes, she takes my hand, looks up to me and says, “Are you really Olivia Newton-John?”

My heart just broke. I just couldn’t continue the joke, so I said, “No, I’m not.” Her face dropped right to the ground and I could feel her disappointment in my bones.

Her mother came up to fetch her. We both smiled and she grabbed her hand, gave me a look of disappointment and lead her away.

So what is the morale of this story? First, this story is a testament to the fact that the cult of celebrity does seem to get a crowd all stirred up. Why? Because it’s as if when we get to touch the hem of their garment, we’ll be healed, or blessed. God-like.

Case in point: I was on a shoot in the 90s in LA and Michael Jackson was shooting a music video right next door to us. 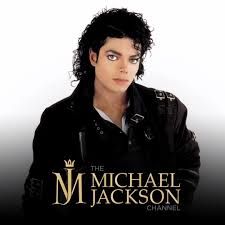 We all had our eagle eyes out to catch a glimpse of him. One time during a break, we saw Michael Jackson emerge from his trailer, but it was from a distance. He was wearing his signature surgical mask. (He was a germaphob – a known OCD sufferer so no surprise.)

We were all atwitter, all abuzz. We had seen him! Michael Jackson! We had chills – a big adrenaline rush. We all just walked a little taller back onto the set, bragging to the crew about our siting.

We later found it that it was his body double. I think knew, perhaps, how that little girl felt. It was a buzzkill, a letdown, for sure. That feel-good extra specialness, that just a little bit better than feeling escaped like a just-popped helium balloon.

But such is life. Many of us live ordinary lives sans celebrity – our “quiet lives of desperation,” to quote Thoreau. My dad used that quote from time to time. I think he felt that way, desperation because he felt he hadn’t lived up to his potential by only owning a small business and never lived his dream of going to law school.

He died in 2003 and to this day, he is still my hero. That’s why in his honor, I try to live every day as if it were my last. It squashes the desperation right out of my soul.

This is the star-turn I live for.

Many years after the whole Riverwalk event, from time to time, I’d think about that little girl. Should I have lied to her? Would that have been better than disappointing her? I honestly don’t know. I think what tipped me towards telling the truth was, well, TRUTH. No matter how painful, truth is always better. At least, this is what I learned from church…the First United Methodist Church in downtown Dallas…where I was, for one brief shining moment on a river boat in San Antonio, Olivia Newton-Johnson.