Mom and the Former First Lady

My mother gets her hair “done,” as in “done.” You know what I mean. She goes once a week to the beauty salon where her hair is washed, curled up in hard, neon pink curlers, dried under a domed dryer from the 1960s and then back combed, all to create a very pretty hair helmet, impervious to everything from a brisk wind to an earthquake.

Her nickname is “The Red-Headed Bombshell.” It came from an old white-haired, grisly truck driver who shouted out to her, “Well…here comes the red-headed bombshell,” as she crossed in front of his Mac truck one Sunday afternoon at the Piggly Wiggly.

Nevertheless, she goes to a salon in Dallas that is tucked away on the ground floor of a 1970s-style high rise that is affectionately known as “The Gay 90s,” as everyone there is either gay or 90-years-old. However, the salon has been in Dallas, at different locations, since the swinging 1960s when big hair was big business in this town.

My mom’s hairdresser is a woman named Ann who wears gingham checkered dresses (mostly red and white) like Loretta Lynn. She also has a parrot named Rambo. Ann likes to imitate Rambo when she’s doing mom’s hair. They laugh and have a grand old time.

One day not to long ago, my mother was sitting under the dryer and a woman passed by who looked very familiar to her. “Where do I know her from?” my mom thought. “I am sure I know her. Maybe she used to be in my Sunday School class years ago down at First Methodist.”

My mother walks up with her hair still in pink curlers to the woman who is getting a manicure, and puts her hand on the woman’s arm, as only a Southern woman would do, and states, “Tell me your name.”

The woman looks up, smiles ever-so-graciously and says, “Laura Bush.” 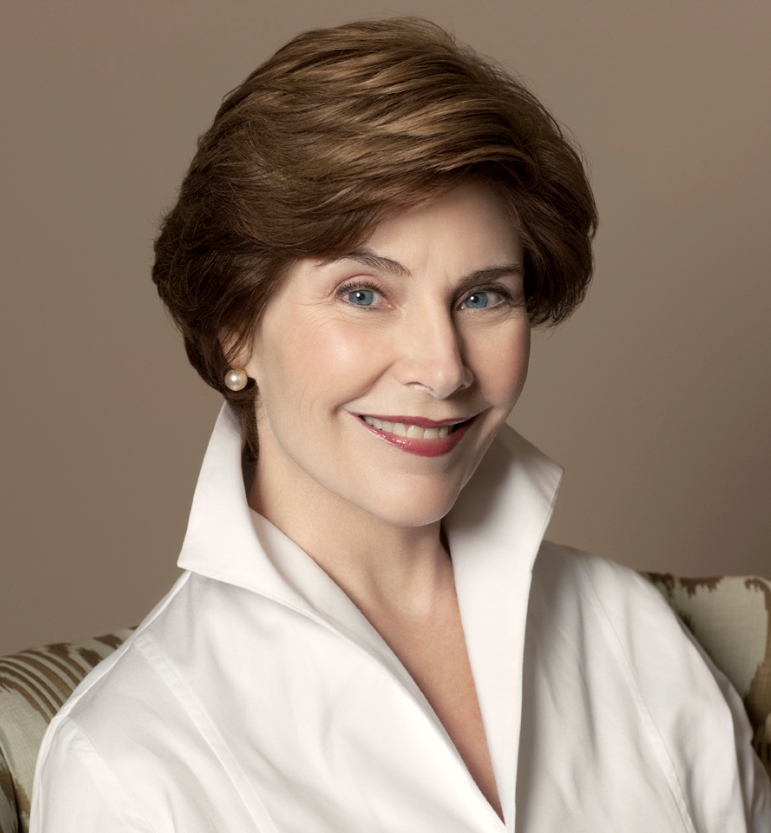 My mother launches in,”Oh that’s right! Say, were you a Kappa Alpha Theta at SMU?”

“Why yes I was,” the former First Lady says.

“My daughter was a Kappa Alpha Theta at SMU.”

And she told her my name. And then they smiled. And from what mom said, she was delightful and lovely. Mom said her hair looked just the same as it did when she was First Lady: discreet, brown and short. The very picture of elegance.

I find it wonderfully refreshing that my mother asks about her sorority – and doesn’t ask about her international fame, living in the White House and being First Lady, i.e. what was it like dining with the Russian Premier? Is the White House really haunted?  Is it true you are really a Democrat and used to smoke? Were you near George when that shoe was thrown at him in the Middle East? Are the Secret Service guys hot?

I later found out that Mrs. Bush goes to this particular salon because she can slip in and out easily. The security risk is low. The Secret Service doesn’t have to worry about her being out in the wide open among the crazies.

And there goes my mom. Completely busting her cover. Just when she’s trying to lay low and enjoy her life with George in relative anonymity, here comes Mama, The Red-Headed Bombshell, who as everyone knows, doesn’t beat around the bush.

One Comment on “Mom and the Former First Lady”